This is the legit real recipe for the Costco Chicken Bake. I discovered it one day while surfing the internet. They taste so good & now you can make them yourself at home anytime you want to. Make one, or make a dozen of them, the recipe is that easy to adapt to your needs.

Have you ever made a trip to Costco just so that you could enjoy the chicken, bacon, and cheesy goodness that is eating one of their delicious Costco Chicken Bakes (over at the food court)?

I sure have, a great many times too. It’s hard not to day dream about them, especially since there is bacon involved. Who doesn’t daydream about bacon? If you don’t there may be something seriously wrong with you…

I am totally joking, so please don’t take offense to my 4 am, up writing before the kids scramble my thoughts,  silly writing.

I know that Costco also gives us all the option of buying their Chicken Bakes pre-made and frozen so that you can enjoy them at home, but you just can’t beat fresh and right out of the oven in my opinion.

It is not a copycat recipe, that I found a while back?  I may or may not  have been enjoying them, periodically, on my own ever since.

Though I realized that it is pretty selfish of me to not share the recipe with you all too, so here I am, finally plugging it out to share with the world.

I have to tell you guys…this isn’t the only recipe out there claiming to be the real deal Costco Chicken Bake, but the majority of the recipes for them that are floating around the internet are just peoples best guess about what is in them and some of them have been fairly close to this recipe, most are only missing a couple of ingredients,but what they don’t have is this one crucial little thing and  that is the recipe source of Costco Wholesale themselves, thus, meaning that all the other recipes out there that are claiming to be for a Costco Chicken Bake are actually just a cheap knock-off version of the actual real deal.

How did I get this “actual” recipe you may be wondering? There is this amazing website (recipegoldmine.com) that I have been using off and on for the past several years and I found it by searching for some CopyCat restaurant recipes, the one that I previously posted for Copycat Chili’s Paradise Pie was one of them.

Anyway, recipegoldmine is where I found this recipe too and you can check out her post for this recipe by going here. Sometimes that page doesn’t load properly so make sure to try again if you really want to see it.

I very nearly always tweak every single recipe that gets put in front of me, to make it even better, but this one I am of course leaving as is because it is already PERFECTION. The only thing that I am changing is making it more user friendly because the original recipe lists all of the ingredients in ounces and I don’t know about you, but my brain has a hard enough time working in a kitchen with several little ones underfoot, so when it comes time to actually bake I need the recipe to be as simplified as possible so that my multi-tasking brain doesn’t mess it up.

So, I am going to use my super handy kitchen scale (you need to buy one if you don’t have one yet, I got mine here a few years ago and it has been a wonderful kitchen tool) and measure everything out so that I can tell you all how many cups, or Tablespoons or whatever the measurement is in order to help all the other multi-taskers out there get a much better result when making their own Costco Chicken Bakes at home.

Lol and like always I am actually going to start out giving you guys a little tutorial of the process of making them, which is especially helpful if you have never had one or if you just plain need a little more guidance,and then I will have the recipe listed down at the bottom of the post.  So here goes the photo tutorial.

Here are the ingredients all laid out:

I apologize the during pics don’t look better, I had already started working on making mine when I remembered that I needed to post a picture of everything to show you.

First we start off my rolling out the dough, the recipe calls for pizza dough, but the Rhodes premade rolls are quick and do the trick. I even tell you exactly how many roles you’re going to need to use per bake.

Anyway, I rolled out my dough, on a (clean) floured surface, and attempted to make it the largest rectangle I could. Don’t get discouraged if yours is kinda tiny, it gets easier to tug the dough and stretch it out once you have added other ingredients on top.

*I apologize in advance for my mediocre photography skills… I hire out recipes as often as I can, and this is one that it just wasn’t an option… so I did the best that I could with my limited skills.*

Next I added the Caesar dressing.

And used a basting brush to spread the dressing all over.

The recipe says to pre-marinate the grilled chicken in a small amount of Caesar dressing. I found it easiest to do that by adding the chicken and the dressing to a ziploc bag…

Zipping it shut and giving it a good shake.

I then added that in a neat row over the dough/caesar dressing. It gets easier to tug the dough the more ingredients that you add on top, I guess the weight helps it stay put and stretch…just thought I would mention that if you’re feeling discouraged, keep going, the dough will soon become easier to work with.

Next it was time to add the Mozzarella/Provolone blend of grated cheese.

Then the bacon crumbles.

Next, I added the green onions. I cut mine kinda big because I am lazy, you can cut yours however big you want.

Next I took one long edge of the dough and folded it across the toppings.

Then pulled the dough from the other side and connected the  dough by pinching it together to create a “seal”. I then rolled it a little bit to lengthen it and get it into the right shape.

Then placed it on a parchment paper lined cookie sheet. These chicken bakes puff up quite a bit as they cook so only two fit per sheet and I laid them slanted to make it work.

Next I added a line of Caesar Dressing.

Then spread it out and basically just slathered the whole bake.

Then sprinkled on the grated parmesan cheese. The Costco Chicken Bakes were ready to go into my pre-heated oven.

You will know that they are done when they are a beautiful golden brown and your whole house smells heavenly!

Next I just show you some yummy shots to get you even more excited to try making them yourself at home. This first shot is by far my favorite shot of how the chicken bakes turned out…they just look so stinkin’ tasty.

What’s in a Costco Chicken Bake?

All this delicious goodness right here!

I bet that you probably haven’t inspected the guts of a Costco Chicken Bake this closely before…lol. And what tasty “guts” they are.

Here is the recipe card directly as it is from the recipegoldmine site, which is I’m assuming, how she got it from Costco.

Remember how I mentioned earlier that the ingredients are listed in ounces, which made me get out my kitchen scale so below I will add another recipe card but list everything out in cups/tablespoons…basically just simplified.

Not to sound like Maui (from Moana), but “you’re welcome”… I’m such a dork and I totally sang that to myself, sorry. At least I got a giggle out of it.

How to make a Costco Chicken Bake at Home:

Can fit two Chicken Bakes per half sheet pan if you place them on a slant.

Here is the recipe card with the measurements that I converted from ounces…the simplified version.

Can fit two chicken bakes per half sheet pan if you place them on a slant.

These caloric amounts are automatically estimated by a plugin on my site.

If you’re like me, you’ve probably been skeptical that this is the actual legit recipe for the Costco Chicken Bake, until you bite into one.

Holy Canoli! When I bit into my first one of these bad boys my eyes just about bugged out of my head because I knew without a doubt that it’s the real deal, the actual recipe…which is beyond AWESOME!

My only complaint is that they are a little on the time consuming side to make, which means that I reserve making them for the weekends when I have a little bit more time to make them.

I don’t usually get all too excited to post recipes, but this one is easily the most excited that I have ever gotten over a recipe that I have blogged about. I’m so excited to share it with the world and see what y’all have to say.

Which means that it is more than worth a share. Please make sure to share it via social media and/or send the link to this post to whoever you know that would love it via email… either way I super appreciate the support! ~Sarah

P.S. Some other recipes that you may like would be to check out my section for Main Dishes… They’re all super yummy so you shouldn’t be disappointed by any of them. Have a lovely day!

Here are several of my other recipes that you’ll also love:

For those of you that would like another option for a “pinnable” image on Pinterest, here you go…thanks again so much for the support!

*Reposts: Please note that this recipe was originally posted to this website on 09/20/2018 but it was in great need of a refresh so it now is more user friendly/shareable and has a free printable recipe card, or two in this case. 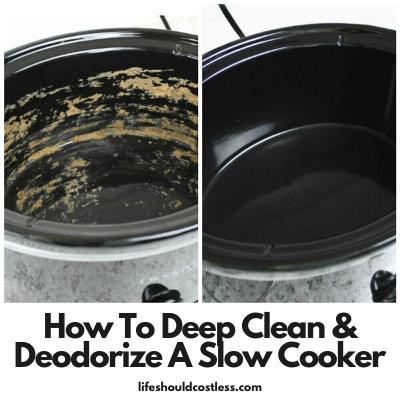 Previous
How To Deep Clean & Deodorize A Slow Cooker 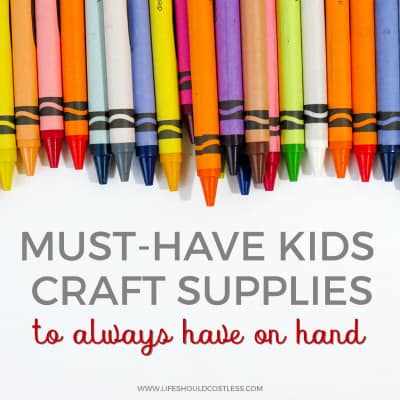 Next
Kids Craft Supplies You Should Always Have on Hand
Comments are closed.