Last fall I bought a pound of Vanilla Beans

when I was making my neighbor Christmas gifts (which were home-made Tahitian Vanilla Extract). I had no idea how much to buy, so I went ahead and bought a full pound. I ended up having about ¾ of them left over. Talk about a happy accident! Vanilla Beans have quickly become a staple in my house since then because they are so flavorful and just so plain Delicious! The best part is that since I bought them in bulk they are actually much more affordable than I had previously thought. 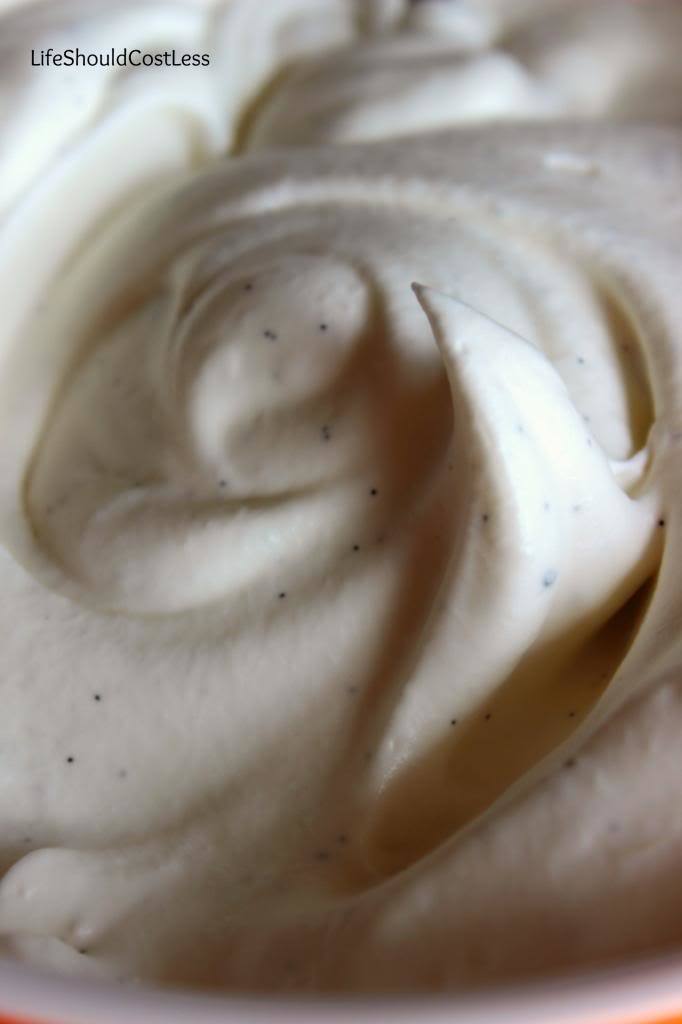 I cut processed sugar out of my diet a few weeks ago because I was out of control with eating sweets (what can I say, I’m a stress-eater and we had two deaths in our family in January…pretty self-explanatory as to why I was out of control). Anyway, just because I’m not eating processed sugar doesn’t mean that my sweet tooth is just going to go away. That is why I came up with this easy real food recipe so that I can still have a little bit of something sweet. A little goes a long way too, just one dollop on top of a bowl of frozen fruit and you’ve got yourself a very tasty snack that the kids will love too! 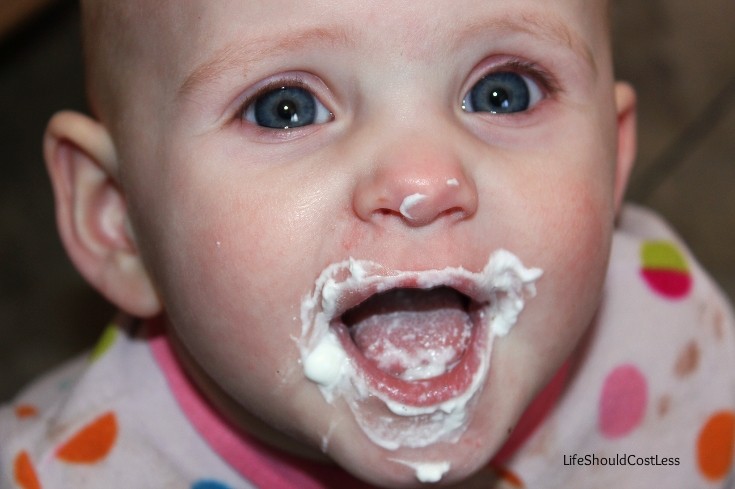 This little girl loved it so much she ate it until there wasn’t any left and then cried because there wasn’t any more. I’ve been having a hard time fattening her up so I was pretty happy that she wanted to eat a ton of cream. She seriously ate half of this batch.

Now on to the recipe!

*Start to finish this should take about ten minutes. That includes scraping the vanilla beans as well.*
Printable Version
In a medium sized mixing bowl add:
1 C Heavy Whipping Cream

Whip it until it is light and fluffy. Expect this to take 7ish minutes.
Next, add:
The Scrapings of 2 Vanilla Beans  (for directions on how to do that go here)
2 T Agave or Honey
Whip until it is mixed well (another minute or two). There you have it! Some super yummy whip that is a perfect substitute for vanilla ice cream or French Vanilla Cool Whip!
*Whipping the cream warms it up a little so it’ll thicken up a little more once it has been chilled. Also, I’m sure you could use raw honey, instead of agave, I just couldn’t this time because my baby is not over 1 yet.*

For some photo’s of the  process keep reading!


Enjoy! Sorry I always say that at the end of a recipe post… I never know how to end it without feeling really lame… 😉