Skip to Content
I’ve wanted to be a product reviewer for as long as I can remember… sounds super dumb, I’m sure, but I remember watching episodes of Growing Pains and thinking how fun it would be to have the job that the mom on that show had (when she did a product review/consumer awareness column). A few weeks ago, I was talking about this desire with my husband and he said that the only thing that was stopping me from doing product reviews is me. Yay! I got the spousal green light so the sky is the limit! I plan on starting by doing reviews of products that I’ve bought and give an honest and open opinion about them. You can trust that I’m not just going to try to sell you something, just to get a sale, because frankly, my husband makes enough money to support us and that lack of “NEEDING” you to buy something in order to feed my family will keep me honest. If I do like something a lot and you end up buying through one of my affiliate links on Amazon, that’s just gravy.  Hopefully, in the future, after building up a good solid product reviewer name for myself, companies will want to send me things to try, but for now it’ll just be the things that I’ve bought. As a reviewer, I promise to test things out for at least a month, giving a product the benefit of a doubt is important because I’m human, which means there is a risk for user error. Now that you know “The Plan”, here is my first review:
What is the product? 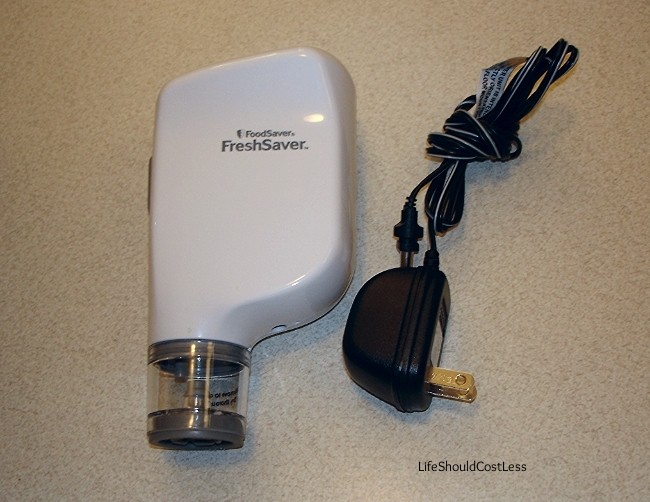 Why I bought it in the first place?
I’ve been a vacuum-sealing jars addict ever since my mother-in-law gave me her old Foodsaver a year or so ago(that sounds special…but it’s true). Well, I used it so much it died and I needed to find an inexpensive alternative to still be able to buy foods in bulk and not waste my money by letting things go to waste. I never used the bag sealing option, so I didn’t want to spend a bundle of money buying a new Big FoodSaver

, nor did I want to risk buying one used, still for a considerable amount of money, and have it poop out on me a little later too. I did a lot of reading product reviews, comparing all the options, and found that for less than $25 bucks I could get a decently reviewed handheld and it should do the trick. Thanks to the lady from saladinajar, she convinced me that I could get by just fine with a handheld.
Will it save me money/headache/stress?
I’ve found that I like to vacuum seal things like nuts and chocolate chips and by doing so it saves a ton of freezer space because I buy them in bulk at Costco. Plus, as long as I keep those things hidden from my kids, they’ll stay fresh and on hand for a couple of years. It’s even an excellent bpa-free, water-proof way to store many other food items. So yes, it will save money by allowing me to continue to buy in bulk and make things last longer and stay fresh. It removes the headache and financial stress caused by having to re-buy foods that go bad.
What are the options when wanting to buy one?
I bought mine a couple of months ago at Wal-Mart, but I would have bought the one on Amazon

if I had realized that one comes with a nifty little stand and you can pick which color you want. Oh well, lesson learned. The plain white one that lays there stand-less on the counter will do me just fine…until it dies and I’ll buy one of the other ones ;).

Tips/Tricks with this product:
#1 rule with this product is to plug it in and let it get a full charge before you use it.
I was so excited to try it out that I’d give it 20 minutes to charge and then think it wasn’t going to work because it kept dying… it says right in the directions (who reads those anyway:)?) to make sure to give it a full charge in the beginning, and when I left it alone to charge overnight…a miracle happened… it worked like it was supposed to. Anyway, here is what I do with mine: 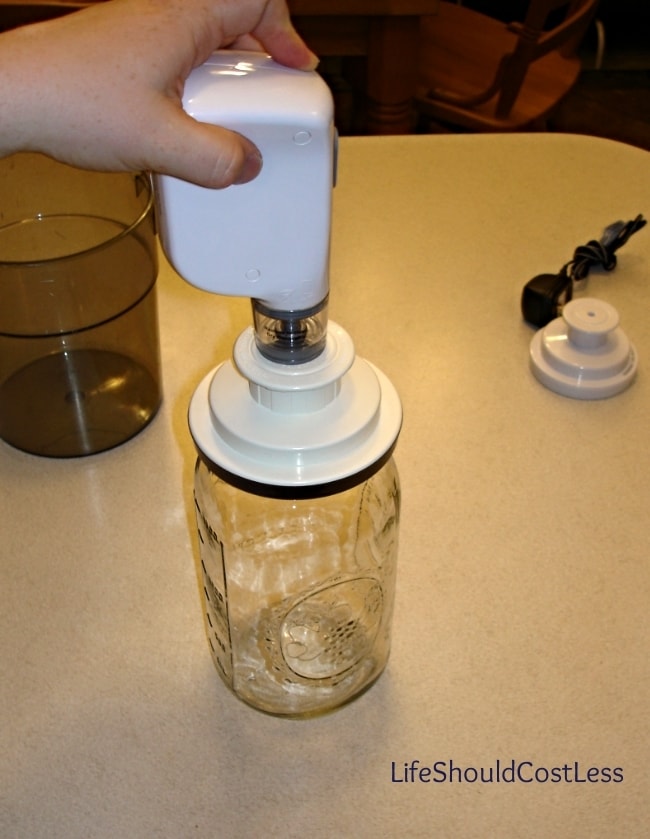 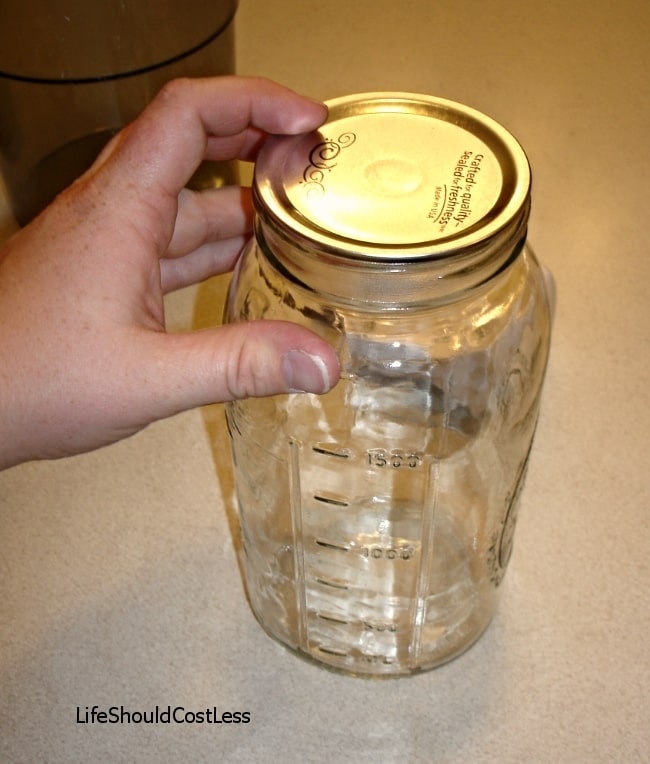 This is sealing a Half Gallon/ Two Quart Mason Jar

.
It takes 20 seconds or less to get a seal on a jar this big. These big jars are awesome to vacuum seal things like powdered milk, sugar, or flour. In fact, I did some powdered milk in them today! 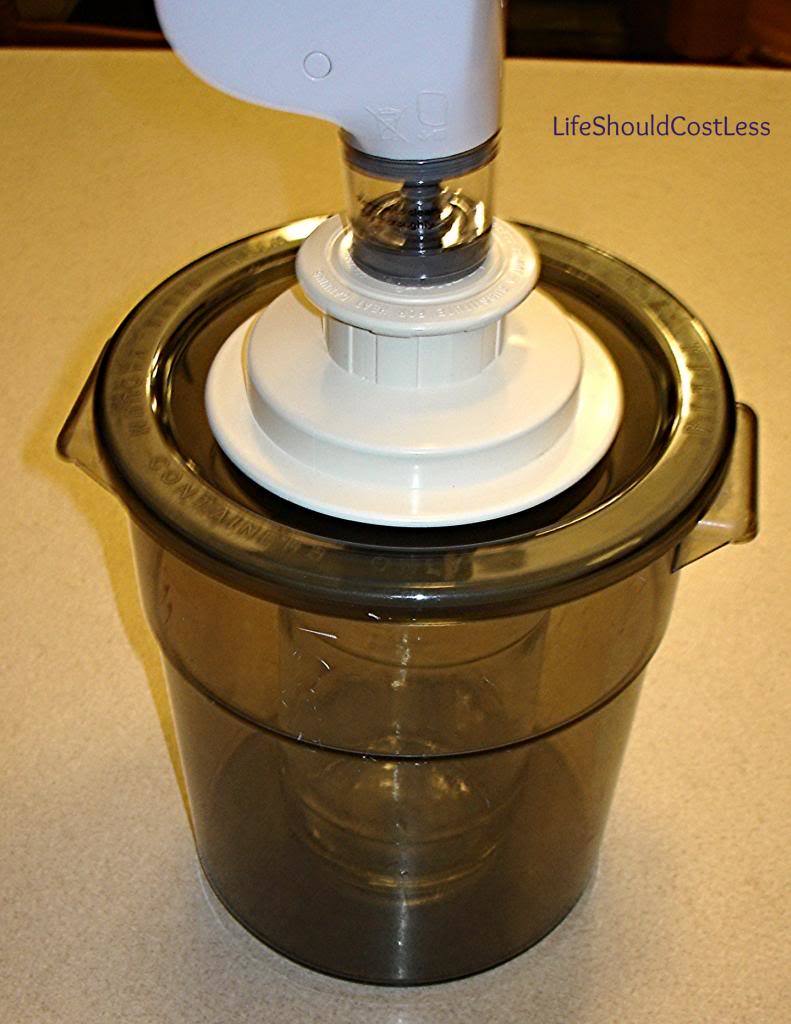 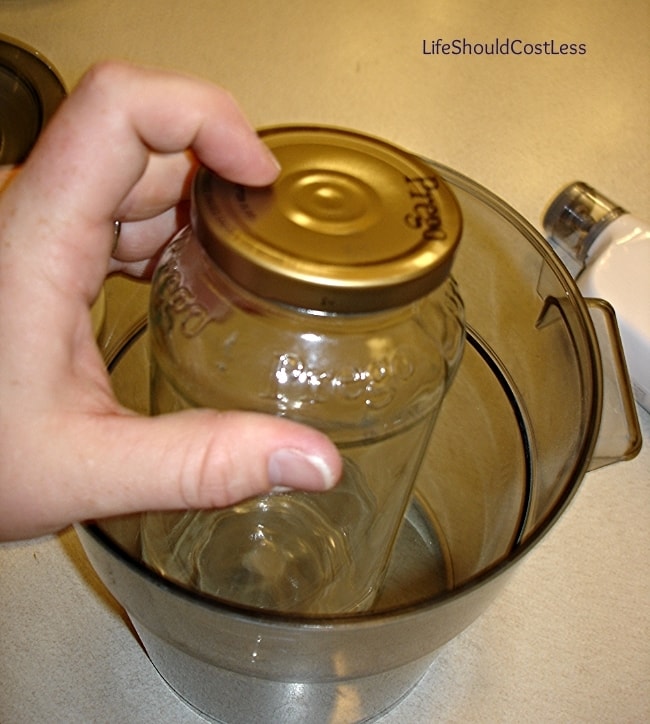 This was using my canister and a non-standard jar. It’ll work, but it’s pretty time consuming when it takes several tries to get it to seal. 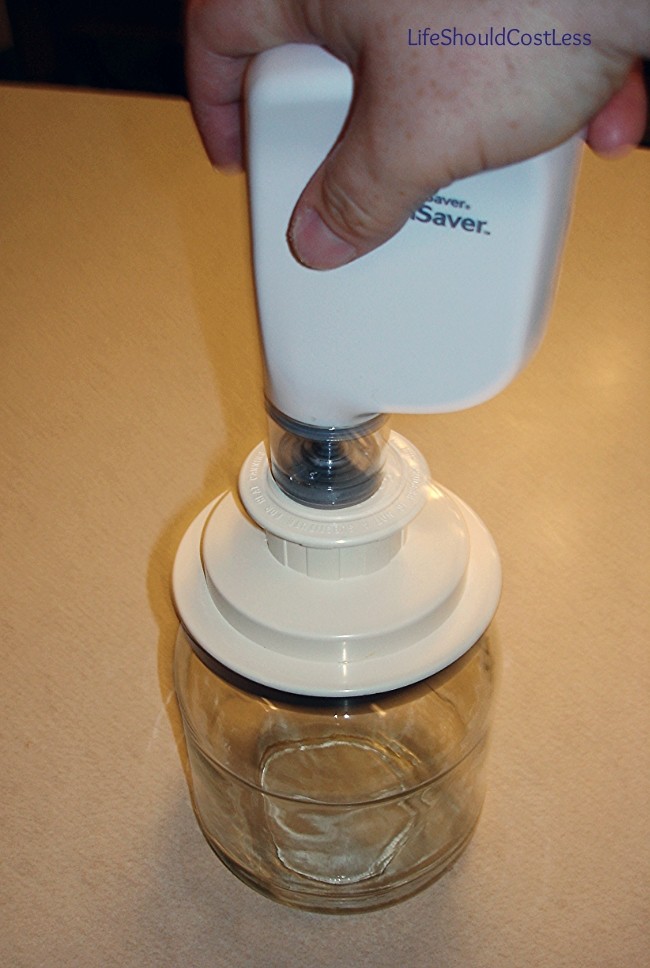 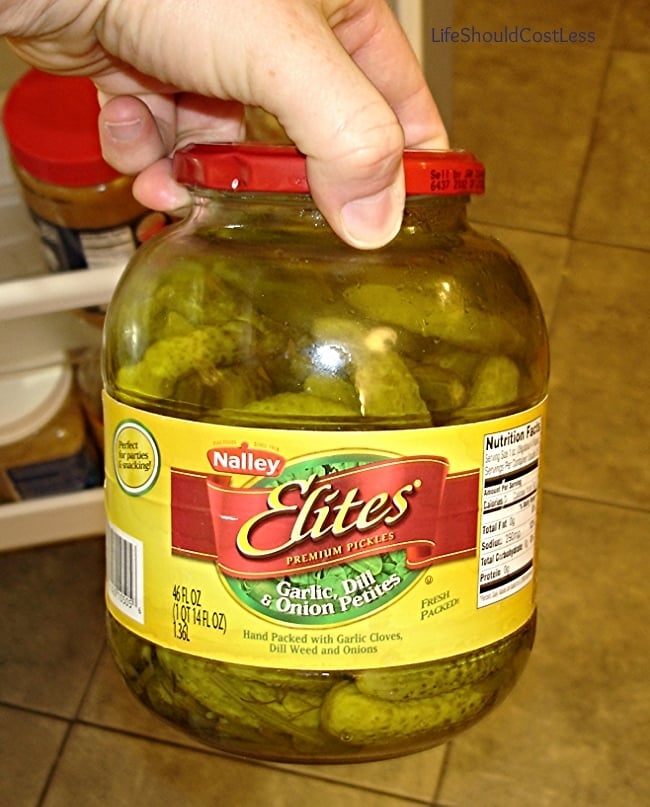 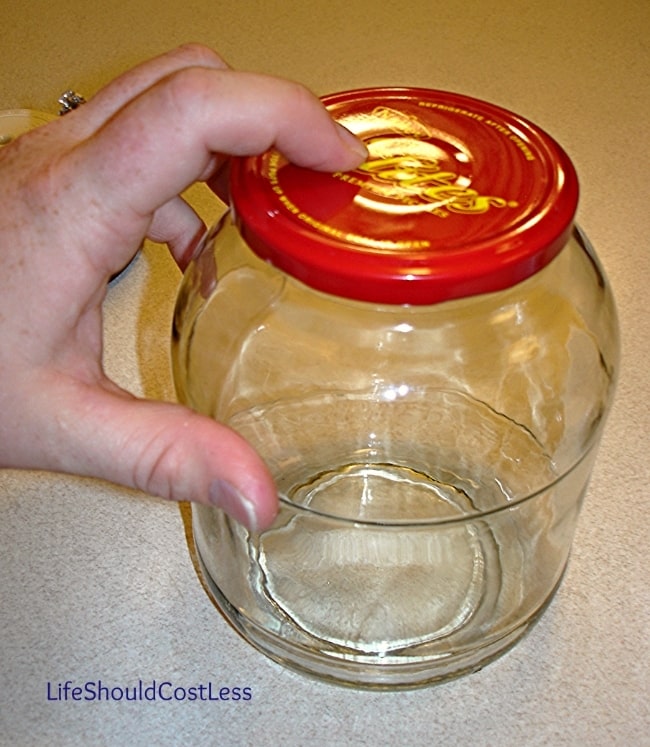 I’ve even found that when I use a wide mouth jar attachment, I can get this kind of pickle jar to re-seal. You just have to make sure to push down well enough.
How many stars do I rate it and why?
I give it 4.5 stars (out of 5). I’ve liked it so far but my only complaint is that it’s really hard to get non-standard jars to seal when using my canister that never had trouble with the large FoodSaver.
In case you are wondering, here are the products mentioned in this post: