Skip to Content
My husband is a major video gamer! He has an arcade (with actual arcade cabinets) in our basement for pete’s sake. Anyway, he has been wanting to do a gamer gender reveal ever since I was expecting baby #3, so he’s had to wait a couple of years to do this. It was his idea to have a pink or blue Xbox 360 controller inside the box that we have the girls unwrap. If you know me, you know that I wasn’t going to lay down the cash for two colored controllers though, so I found some of those colored silicone covers HERE

and it was around $10 to buy both pink and blue. 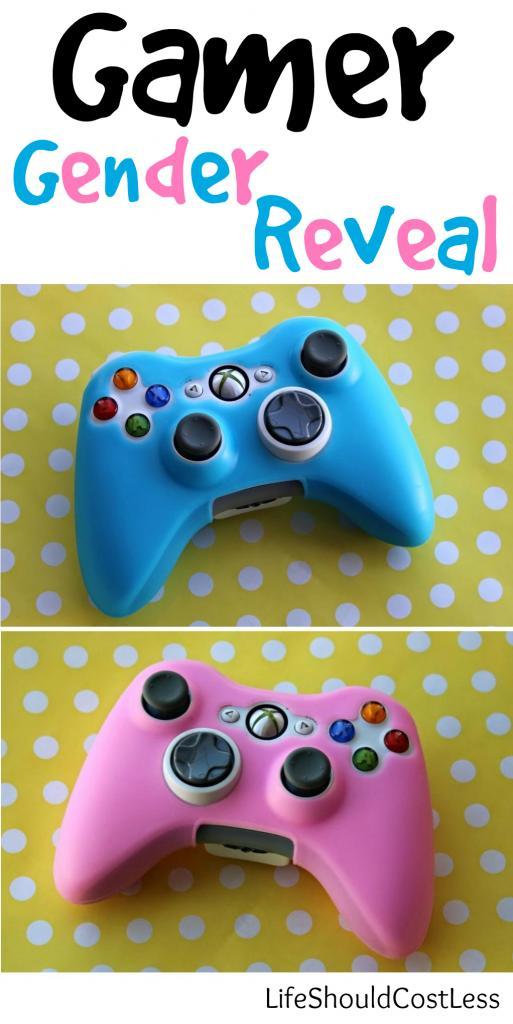 The girls were given a box that was wrapped in gender neutral baby wrapping paper and they knew that a pink controller meant girl and blue meant boy. I wrapped the controller in both pink and blue tissue paper to make the unwrapping part take just a little bit longer and I didn’t want the controller just clinking around inside the box.
I have never laughed so hard putting together a post. The girls reaction to the news was nothing like I had imagined it would be and it just makes me giggle when I scroll through the pictures and watch their faces change as the news starts to sinks in.
Well, here is our announcement! I hope you enjoy it as much as we did!
First, in video form, and then scroll down to see stills of it all.
Excited! 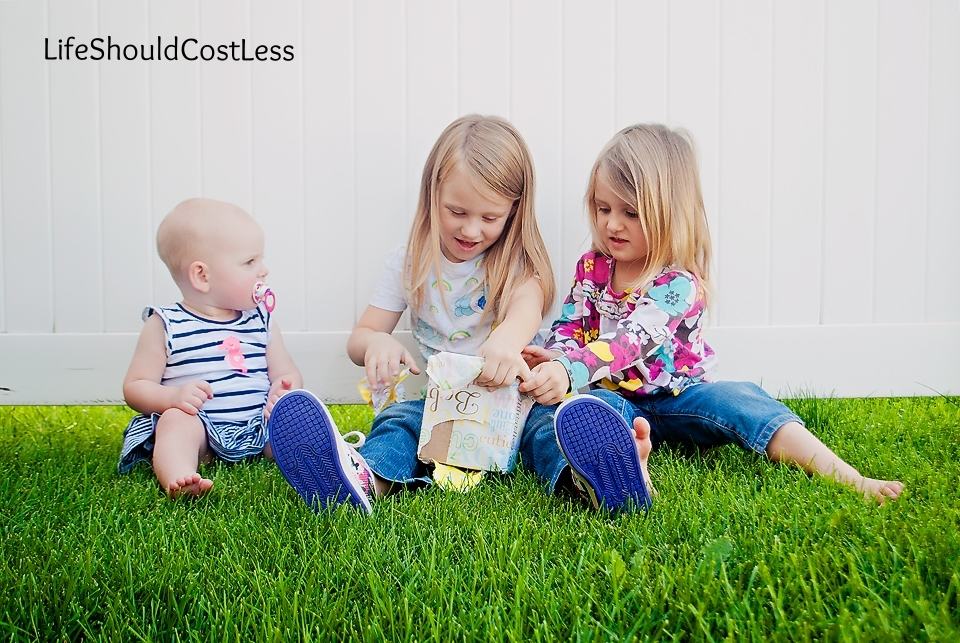 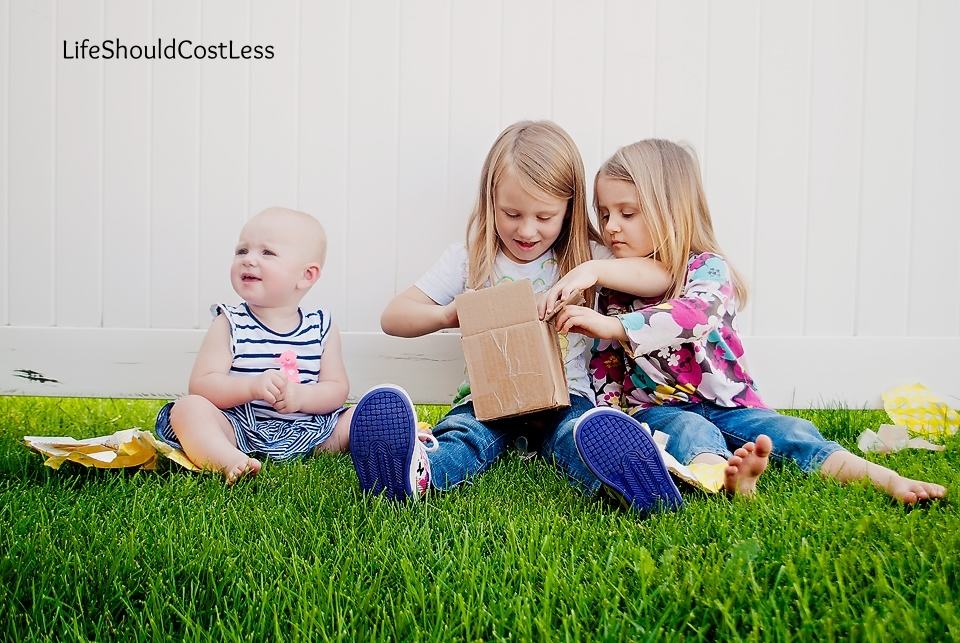 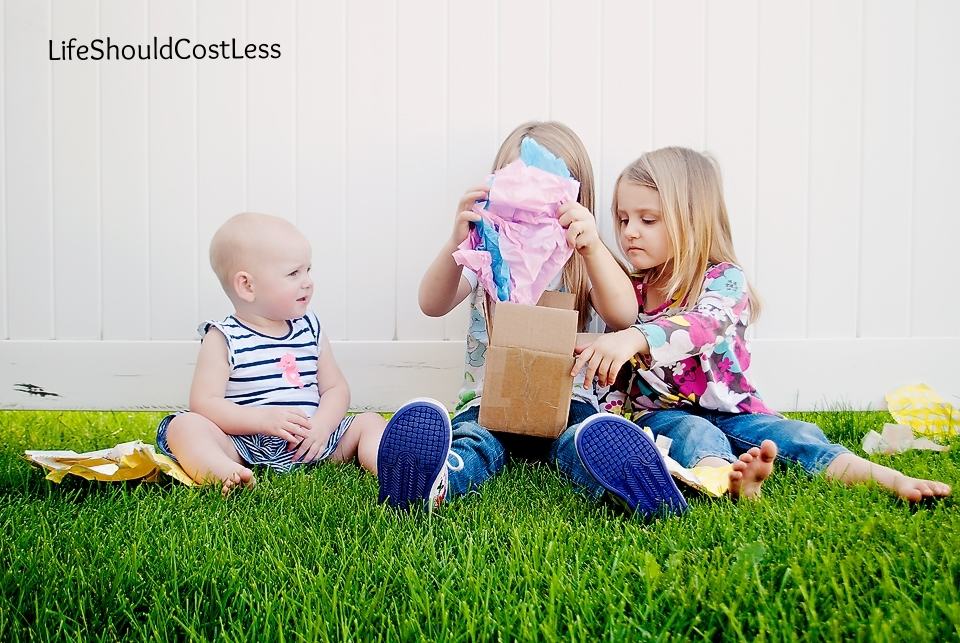 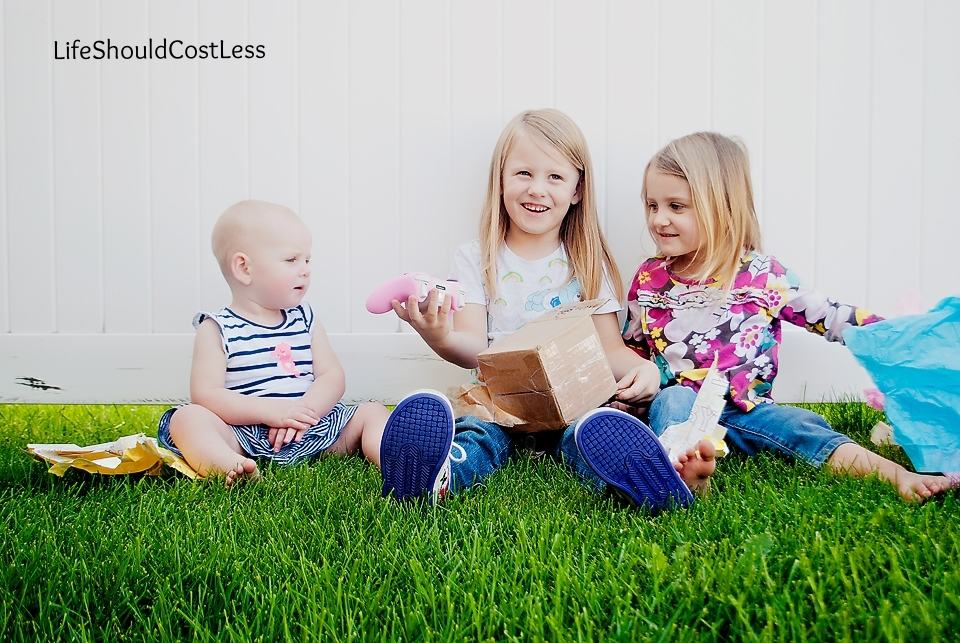 Not sure what to think. 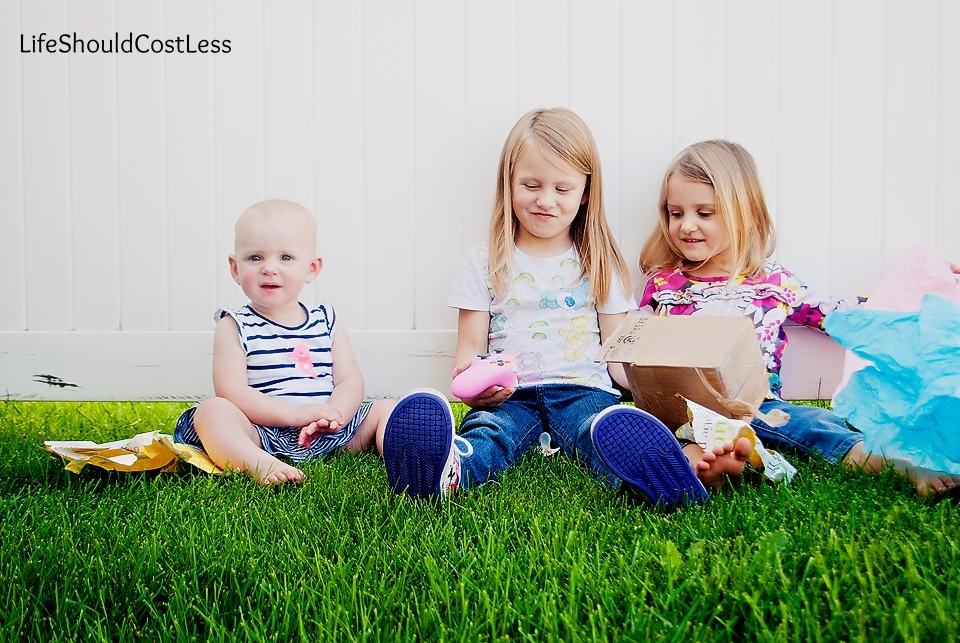 Starting to get sad. 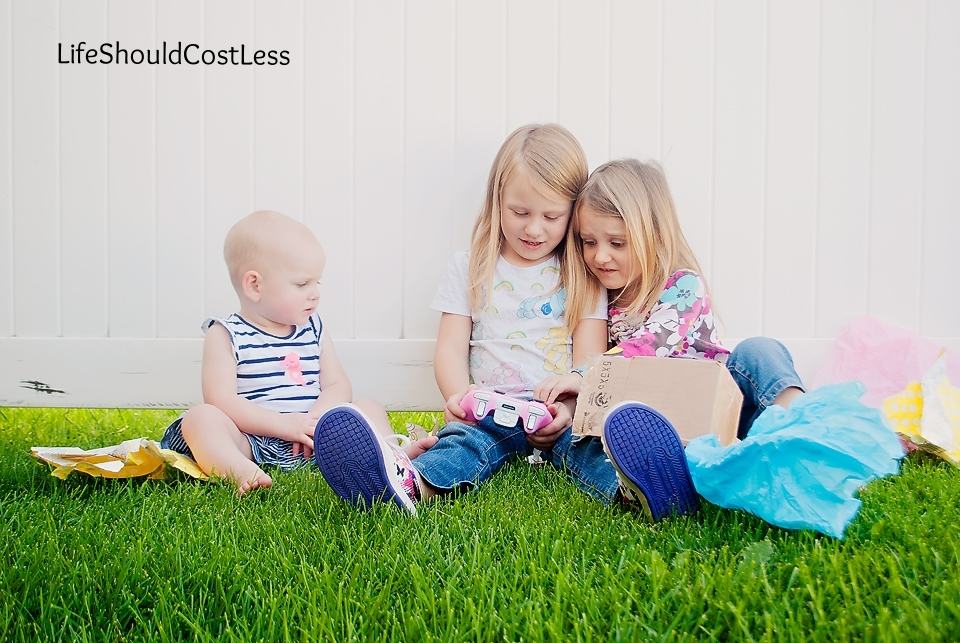 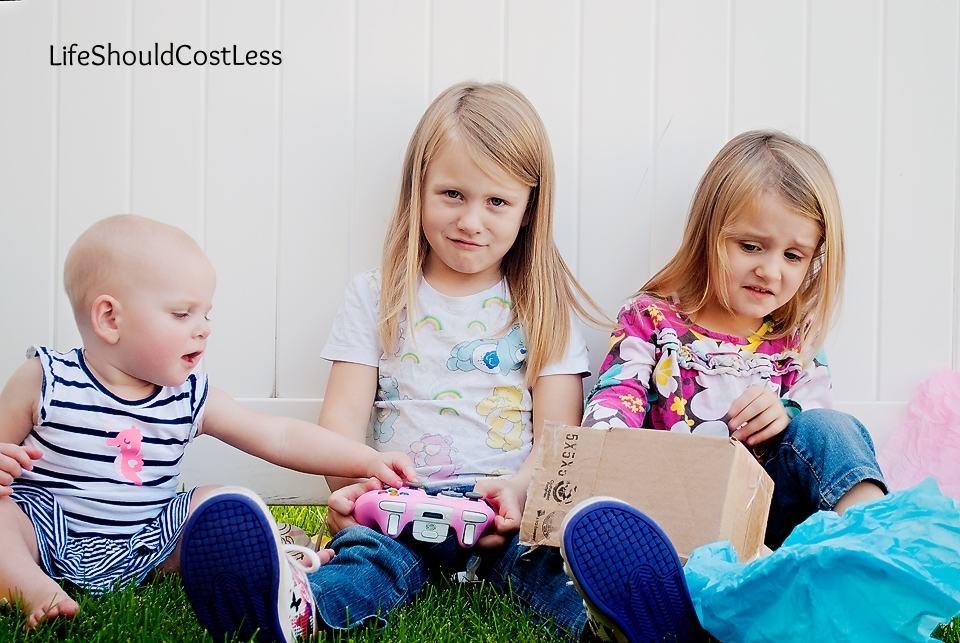 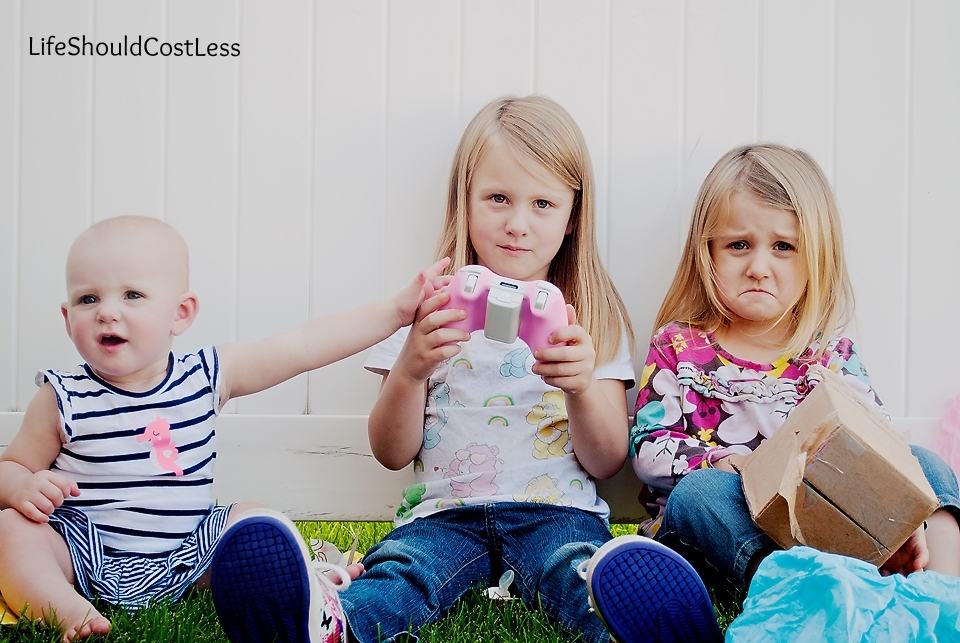 It sinks in some more and they are NOT pleased! 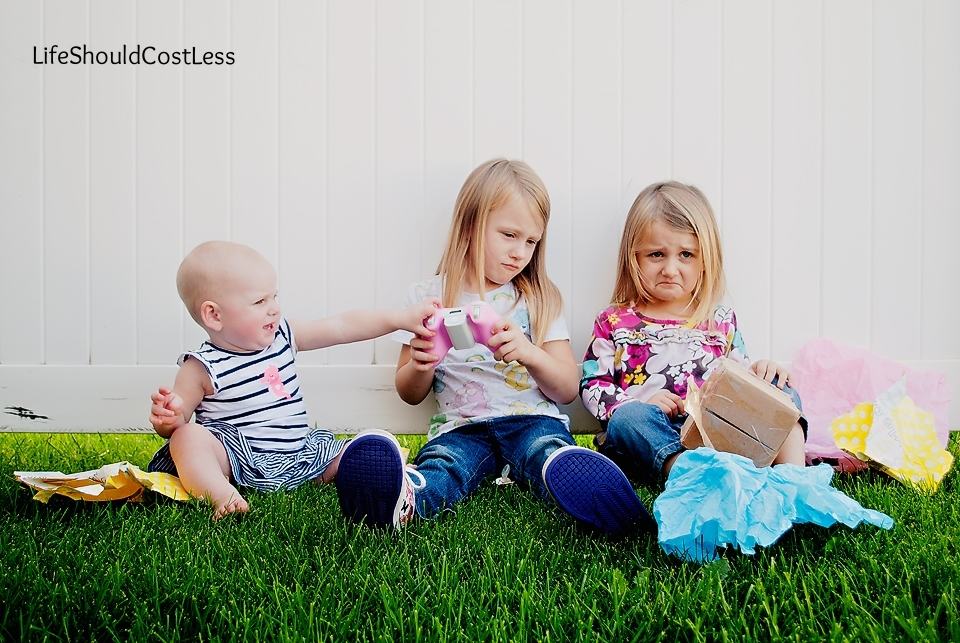 Now it turns into a full on fit throwing party since they had their hearts set on a brother and they are getting ANOTHER sister. 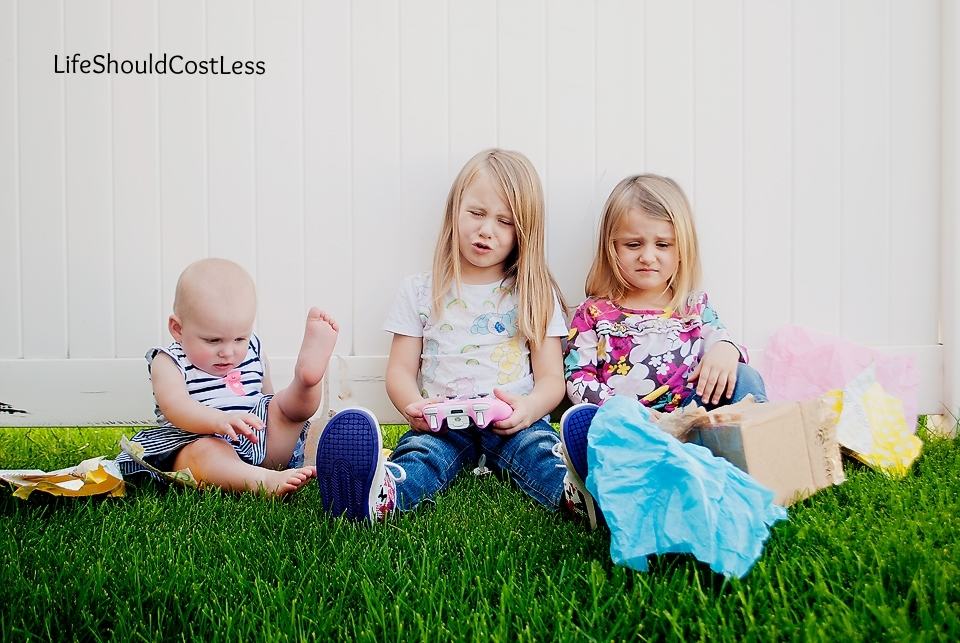 Seeing the before and after the news right next to each other is pretty funny so I put them together so you don’t have to scroll back up. 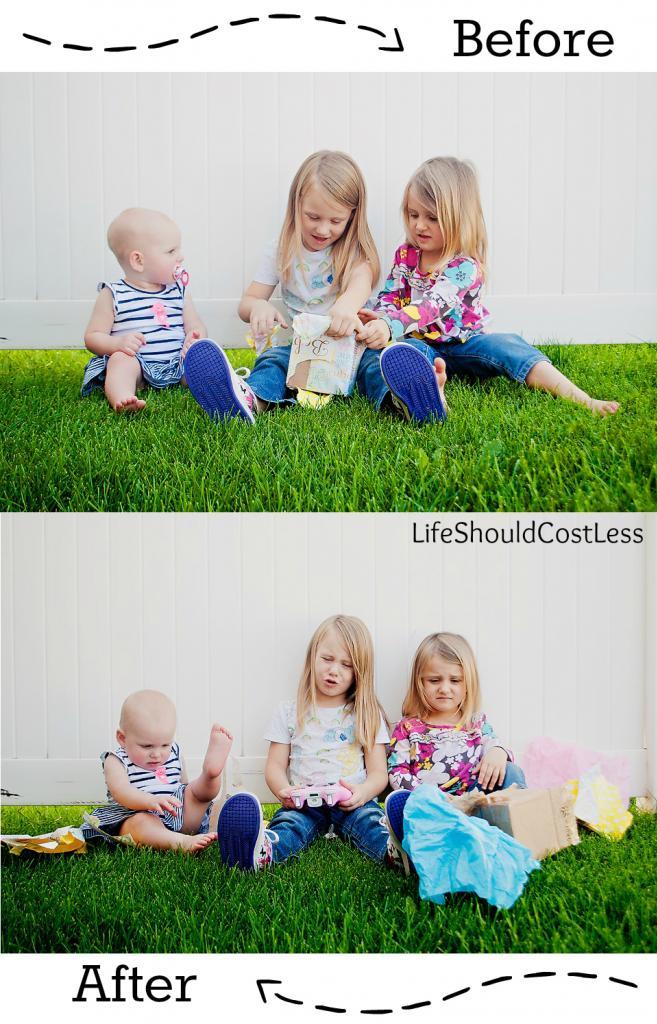 Minus the pictures of the controllers, all photos were taken by my awesome friend Stephanie who is a professional photographer with Sweet Cheeks Photography. She is my go-to and I am always SO happy with how her pictures turn out. She’s going to be taking a break for a couple of months as she’s having a baby very soon, but once she’s done she is currently in Utah Valley for those of you that would like her to photograph your kids.

*In preparation for this post I felt like I needed to go all out and buy them all new outfits and have them dressed to a T in case this post is really popular (*sigh* the pressures we bloggers place on ourselves for everything to look just perfect…). Then I realized it wouldn’t be genuine if I were to do that though because I am crazy-frugal and I knew that I need to set an example. Just use what you have, there is no need to impress anyone…these are my memories and I’d rather remember my kids on what they look like daily than what they look like uncomfortably dolled up.