A couple of years ago it started…I was at church (back when I went 😉 )and someone told me that I looked like Adele. I remember thinking, “ok, we’re both chubby redheads but that’s about it”, but then it kept happening…at the mall, at the drive thru, when I had new friends over at my house, and various other places all the time.

After about the 20th time it happened, I decided that I better look at some pictures of Adele and see if I could even see a resemblance of myself… Sure enough, after doing a little searching I saw that not only are she and I both voluptuous natural redheads (hair is almost the exact color too), but we are about the same height, both have greenish eyes, and if I contour my face/wear a shit-load of makeup, or do my hair a certain way, we do actually have a very similar appearance.

Enough so, that I decided that I wanted to go get my hair and makeup done professionally and take some photos to see just how similar I could look like her, which is why I’m doing this post. First I share a video and then still images of everything.

Here are the pics…make sure to comment at the bottom if you think that I look like her. 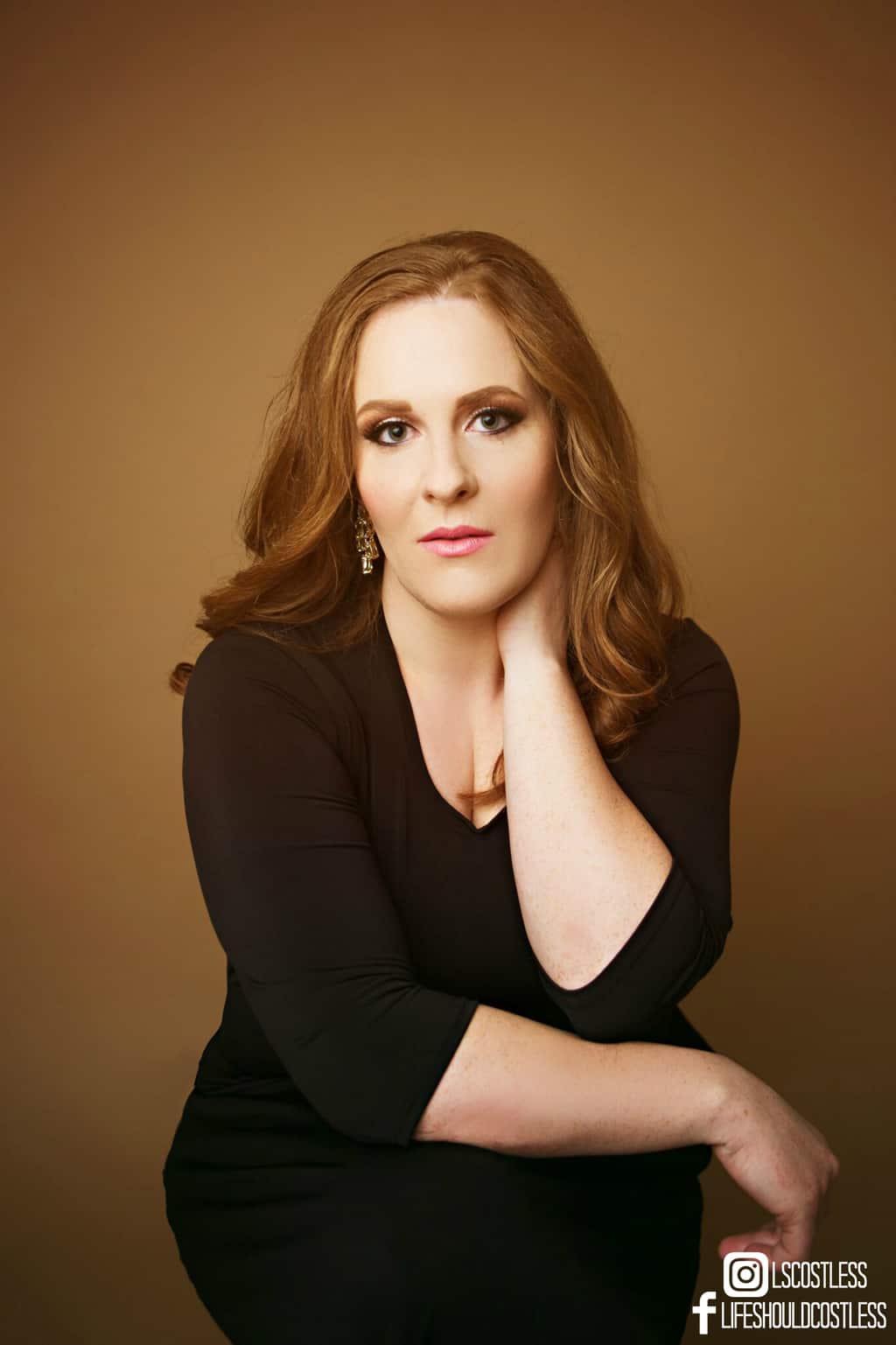 In case you’re wondering where I got my classy black dress, it was custom made for this project and sponsored by Maluxe. She does AMAZING work and I pretty much couldn’t keep my hands out of the pockets, I love it so much! I will also be wearing it for years to come. 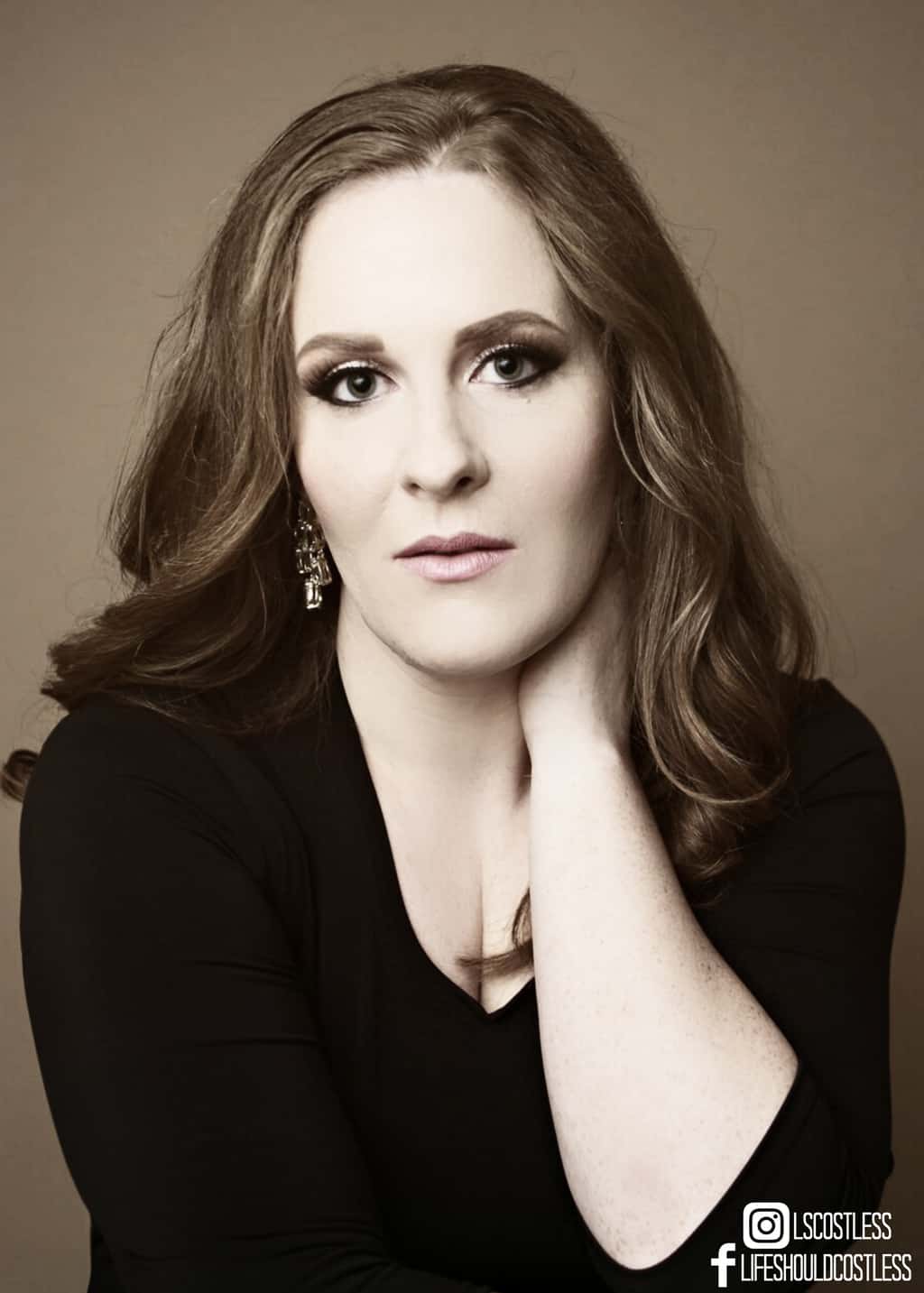 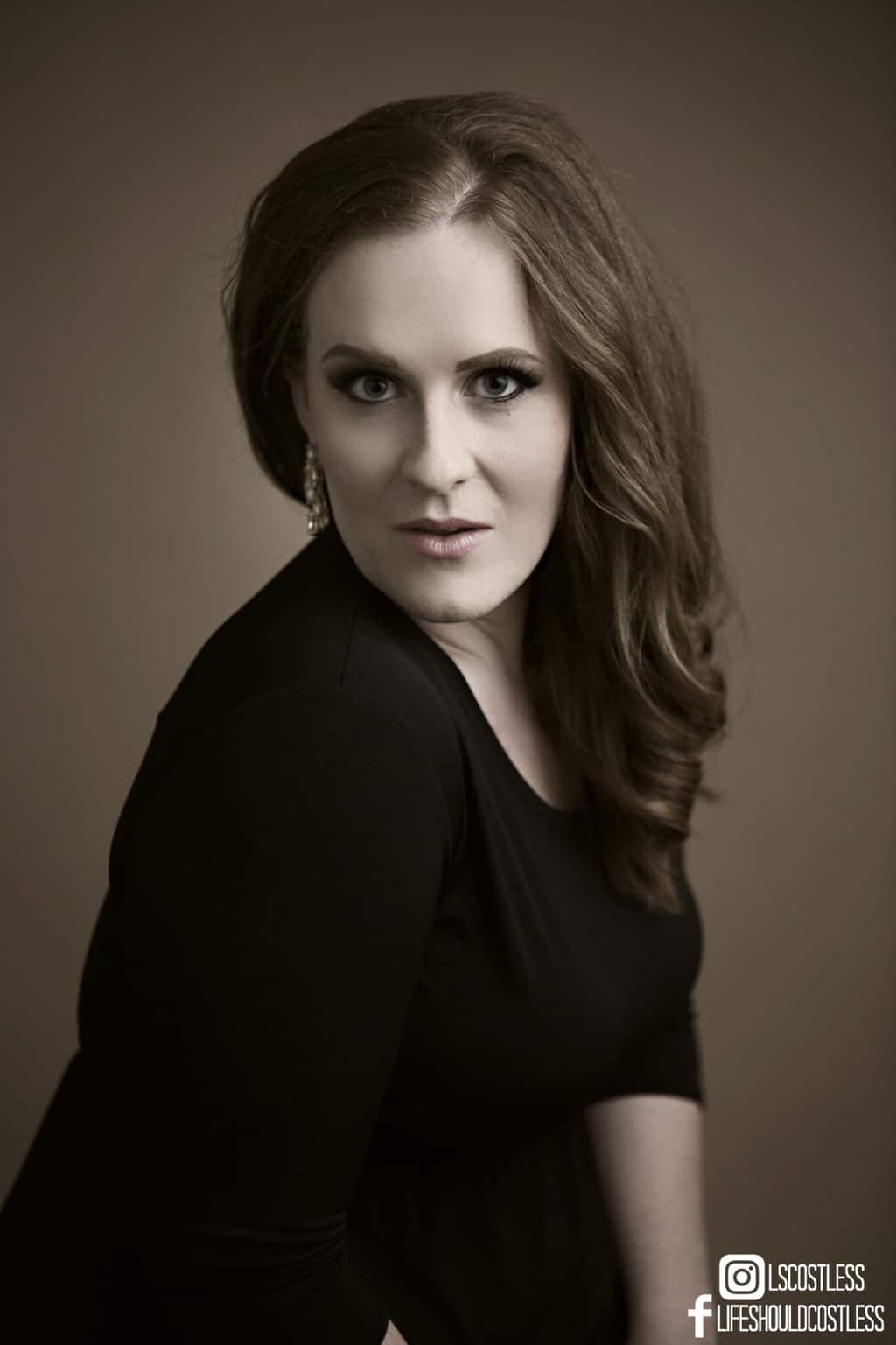 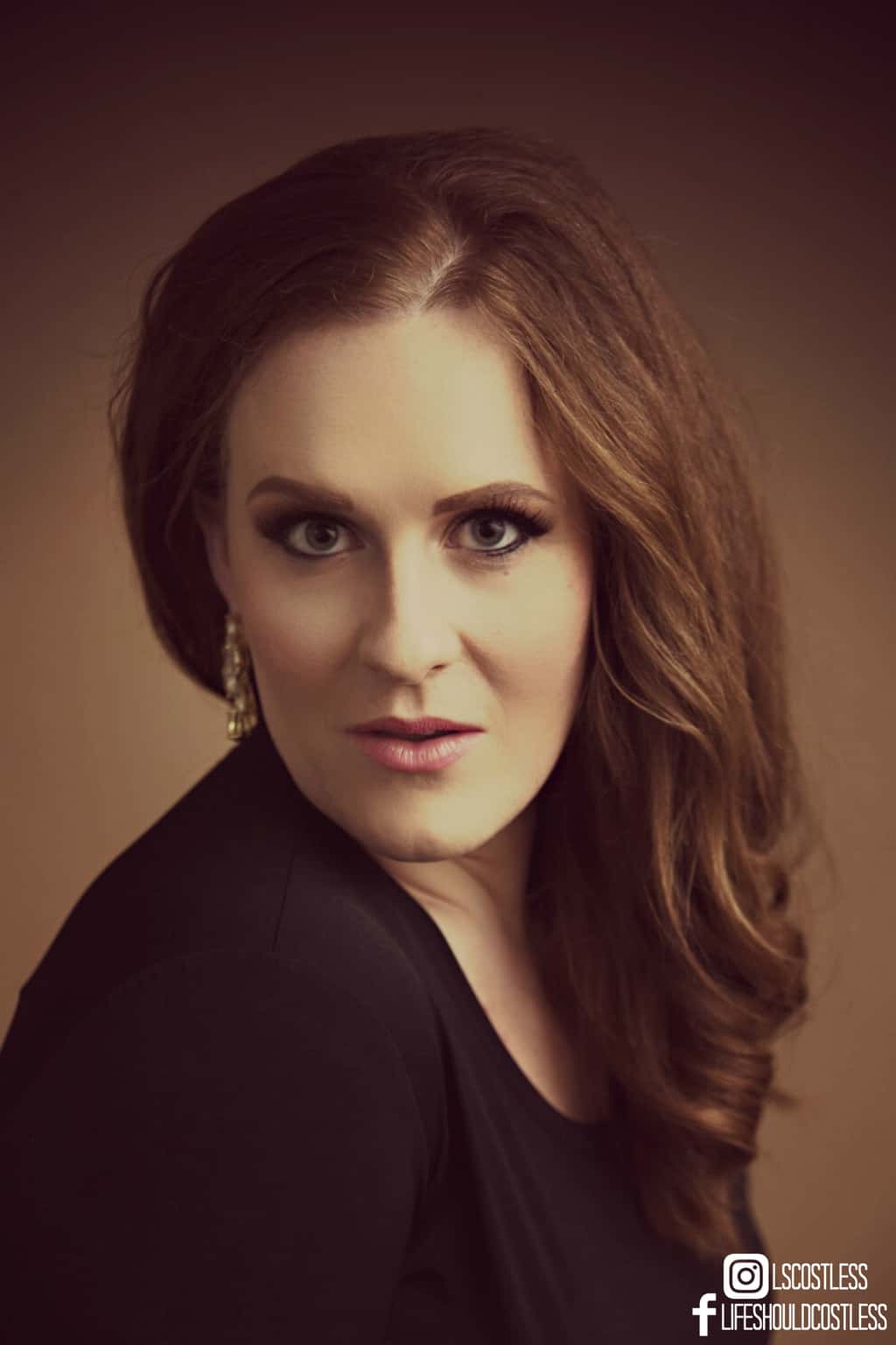 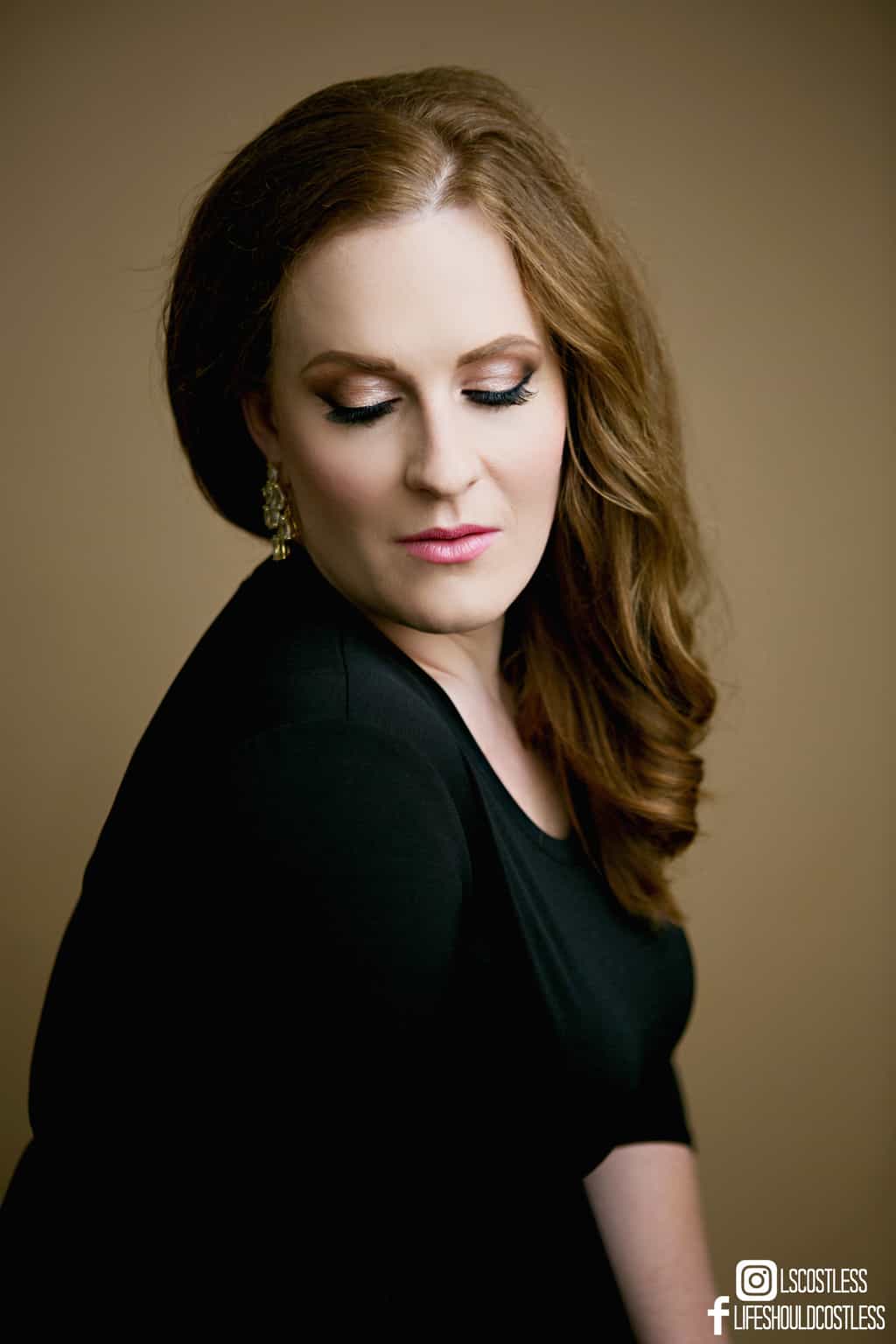 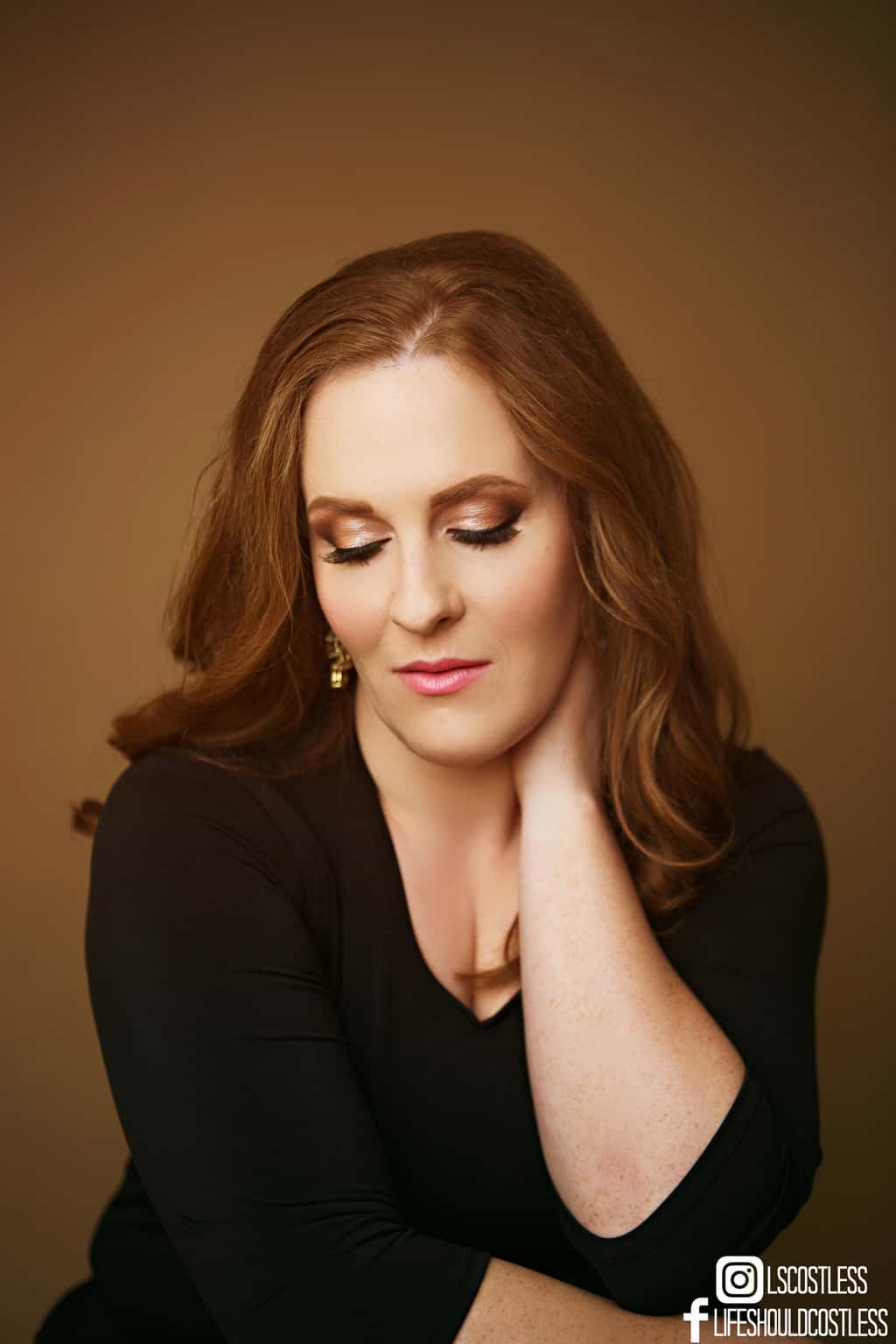 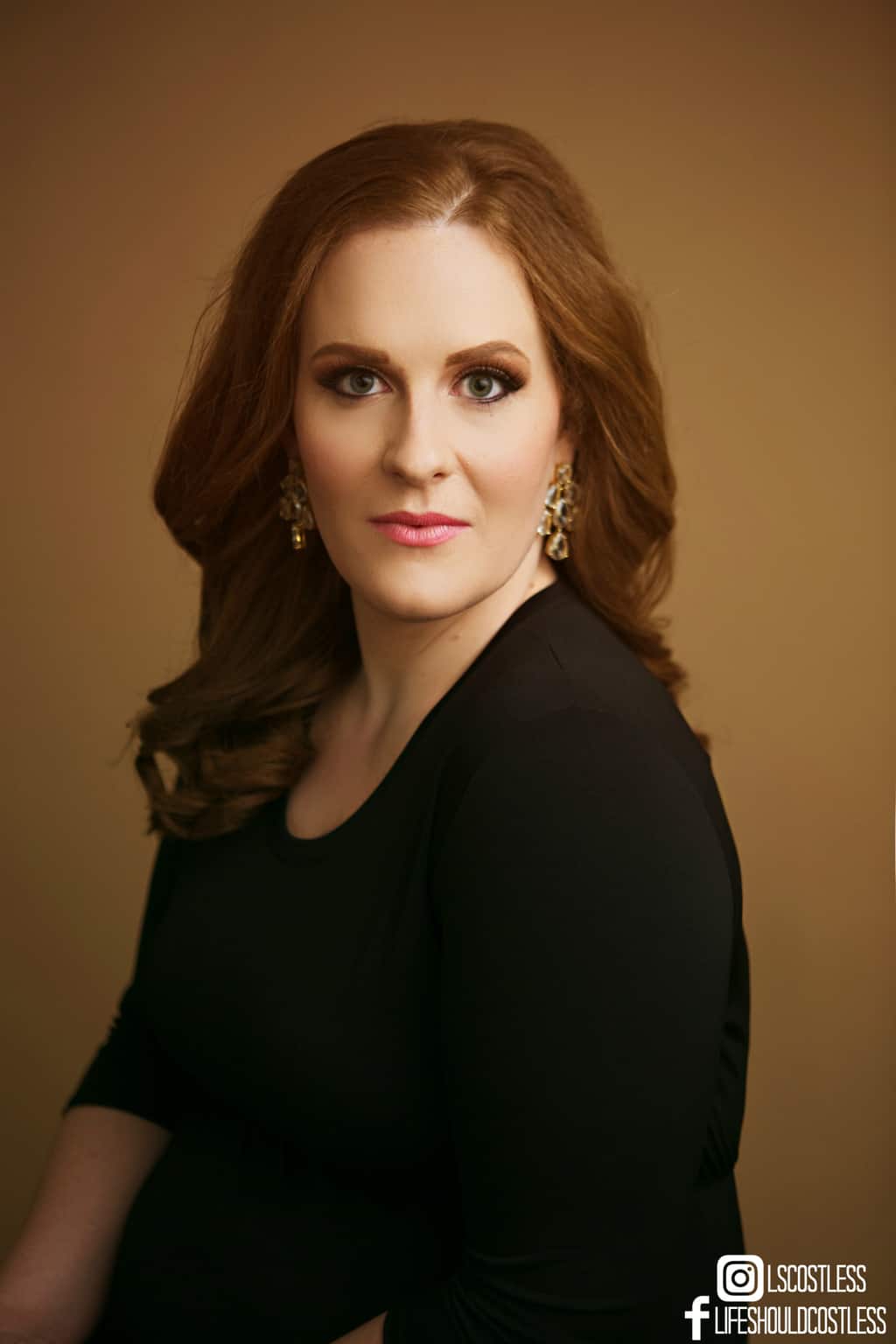 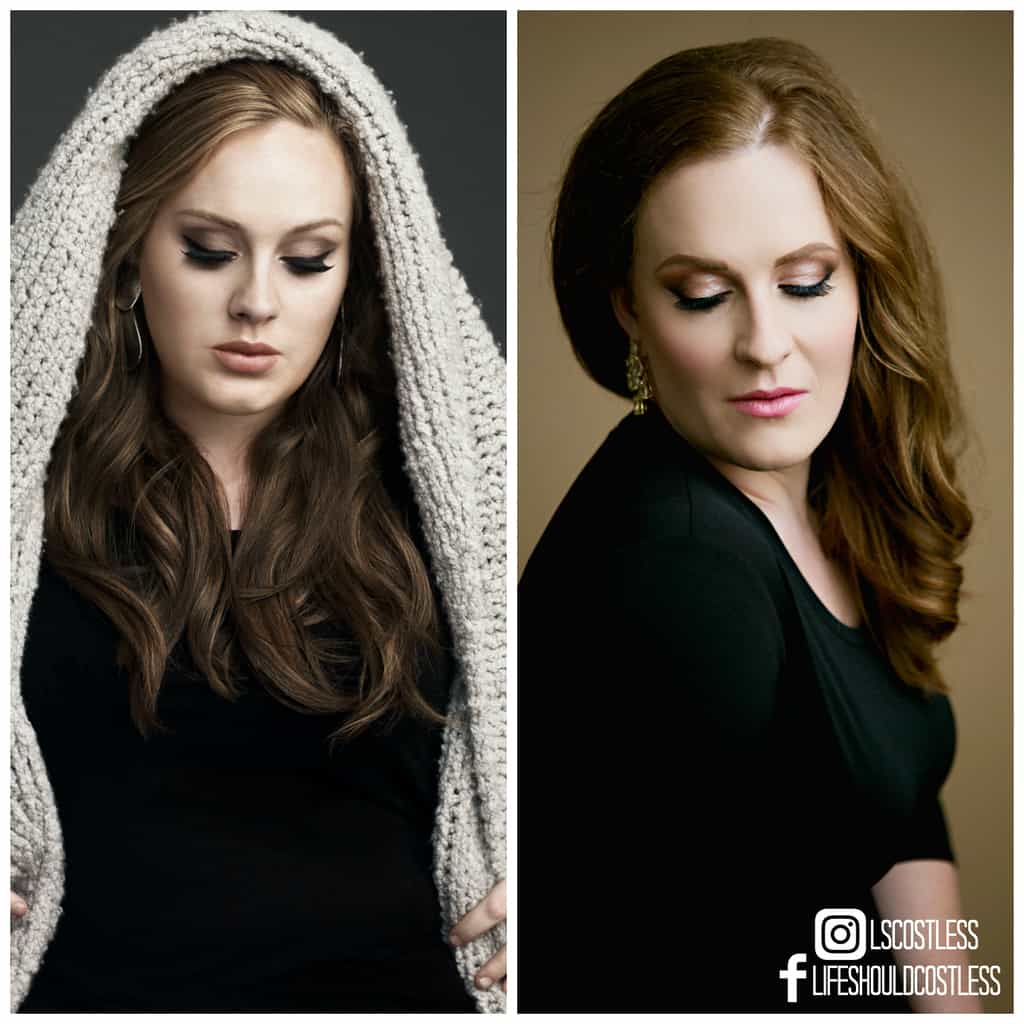 Then of course there were a couple of shots that I just look like me… with my cheesy grin that looks nothing like her. 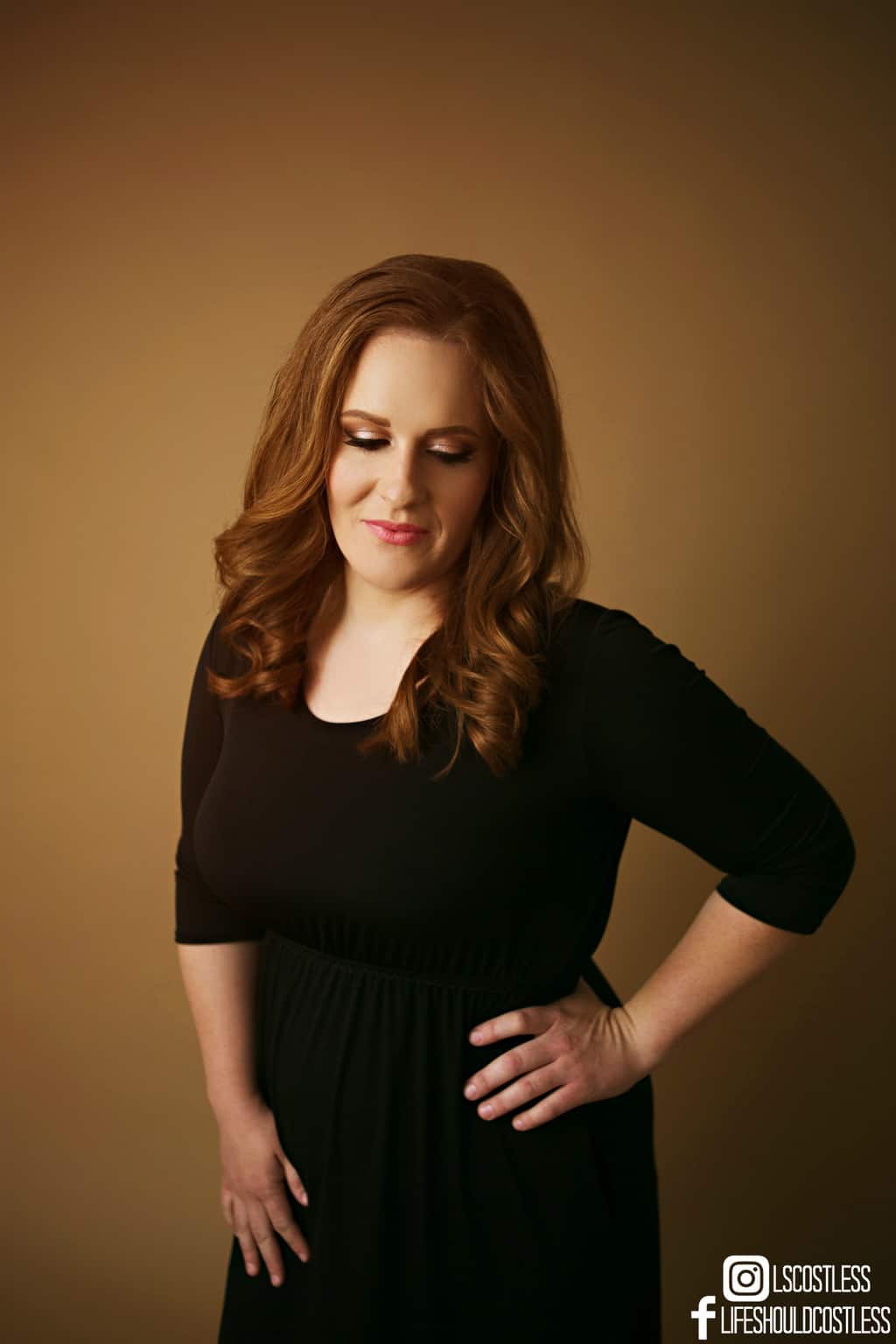 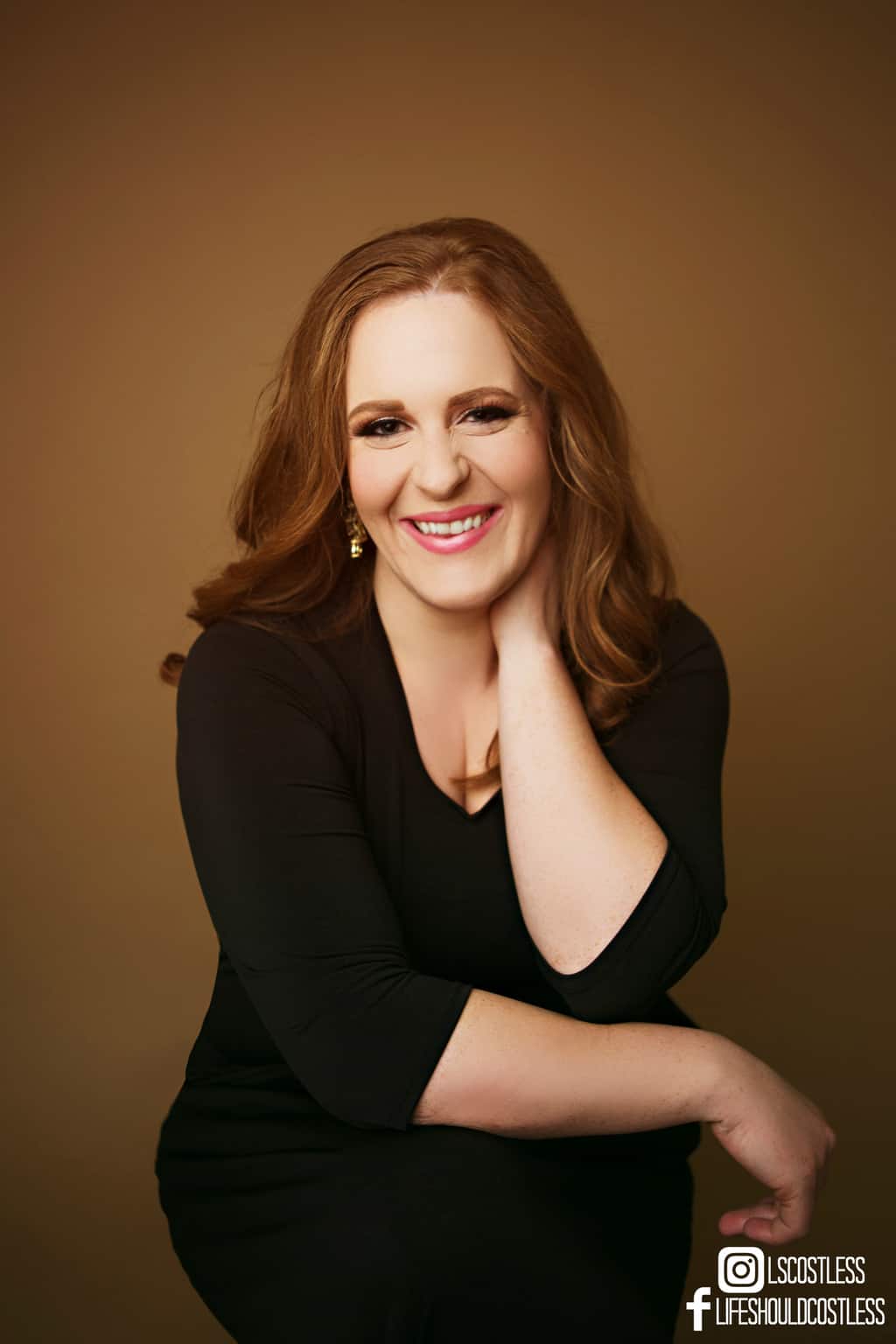 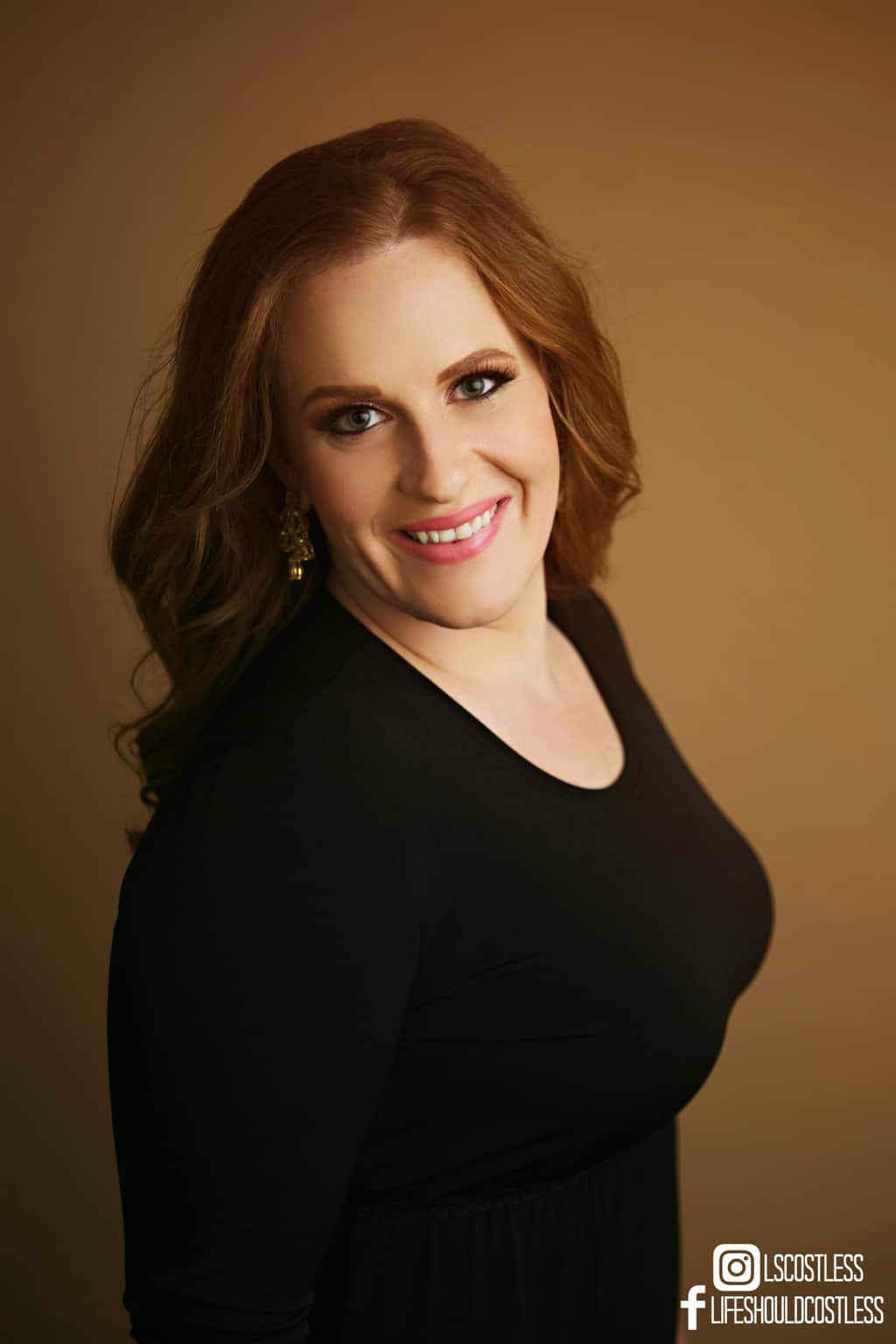 If you want to see the rest of the photo shoot that I did that day, not trying to look like Adele,  you can see that post here. The next pic is just a taste of what that part of the shoot looked like… 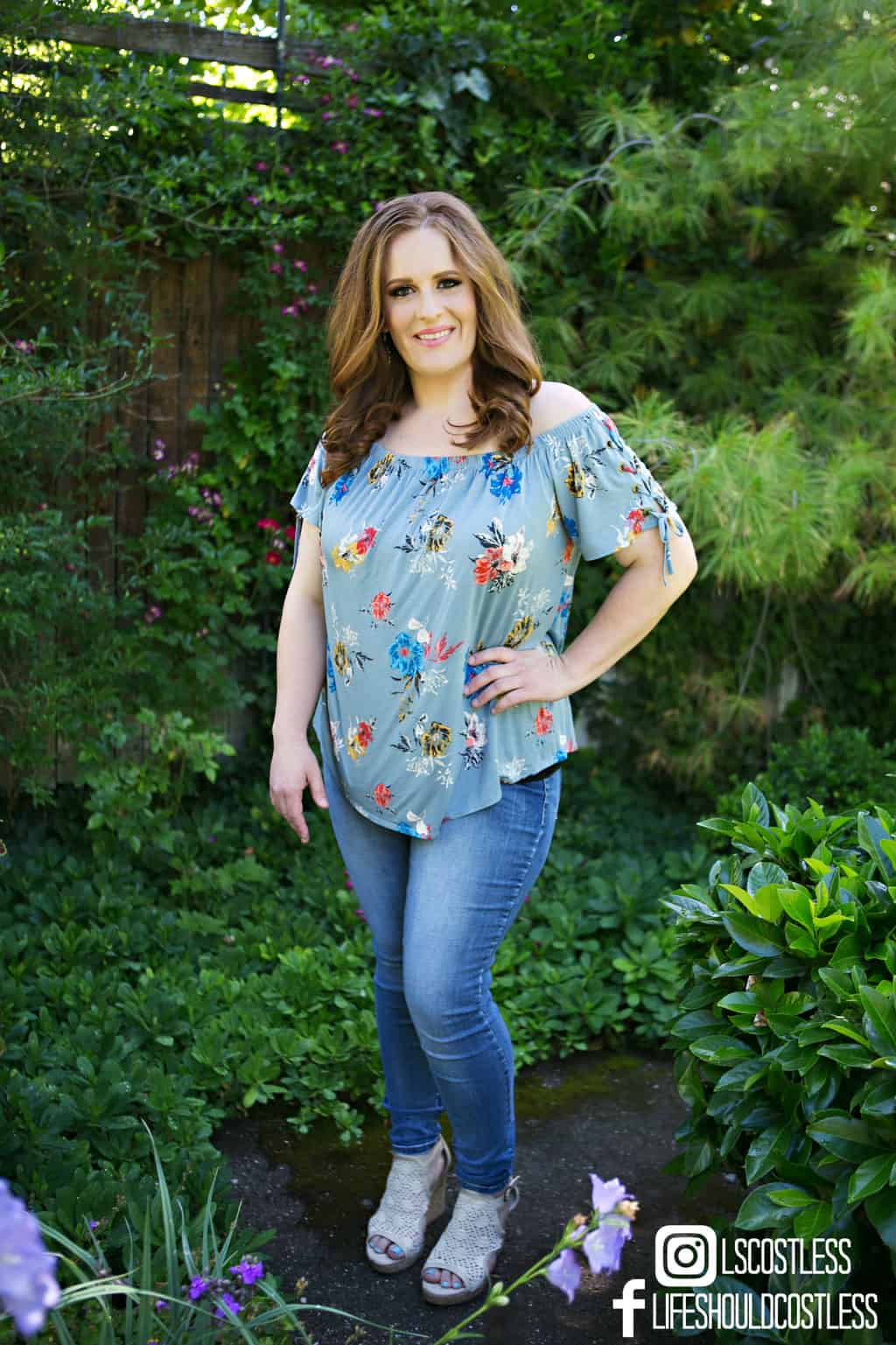 Anyway, I think it turned out pretty well…or maybe I just look like her goofy looking older sister (I think I’m about 2.5 years older) ;).  Obviously she and I don’t look exactly the same, but I think that I am the closest to a doppelganger, twin, or look-alike of Adele that I have seen on the internet… at least when you consider how much our natural appearance is so similar.  Honestly, the only way to see just how much we could possibly look alike would be to have us side-by-side, have the same people do our hair and makeup, and then see what our differences are (hint hint, Ellen…there’s a show idea for you).

I think that our differences would be subtle, but we would look enough like each other for some people to get confused, or I could do some body doubling for sure. I think we look close enough that it’s similar to how Carrie Underwood and Emily Osment look alike… but of course, with my piddly following of 54k+ in comparison, I’m not on the same level of “fame” as any of those ladies. A girl can dream right? lol.

This photo shoot cost an arm and a leg and was a huge investment. I actually sank the rest of my savings into it hoping it would go super viral and my financial woes, of late, would be solved…but I’m not going to hold my breath too much. If you liked what you saw or would like to donate for my next photo shoot, you can do that via paypal (button below).

P.S. If you’d like to see every photo shoot that I do, past, present, or future make sure to click here. Also, if there’s enough interest I will do another post/video or two about the behind the scenes of the photo shoot and what I did to prepare for the shoot. So, if you like it make sure to tell me.

*Please note: I did not have permission to use the actual photo of Adele because I could not find the original source out of the hundreds of places I saw this photo, and if the original source would be so kind as to contact me so that I can credit them properly/link to them I would be more than happy to.*